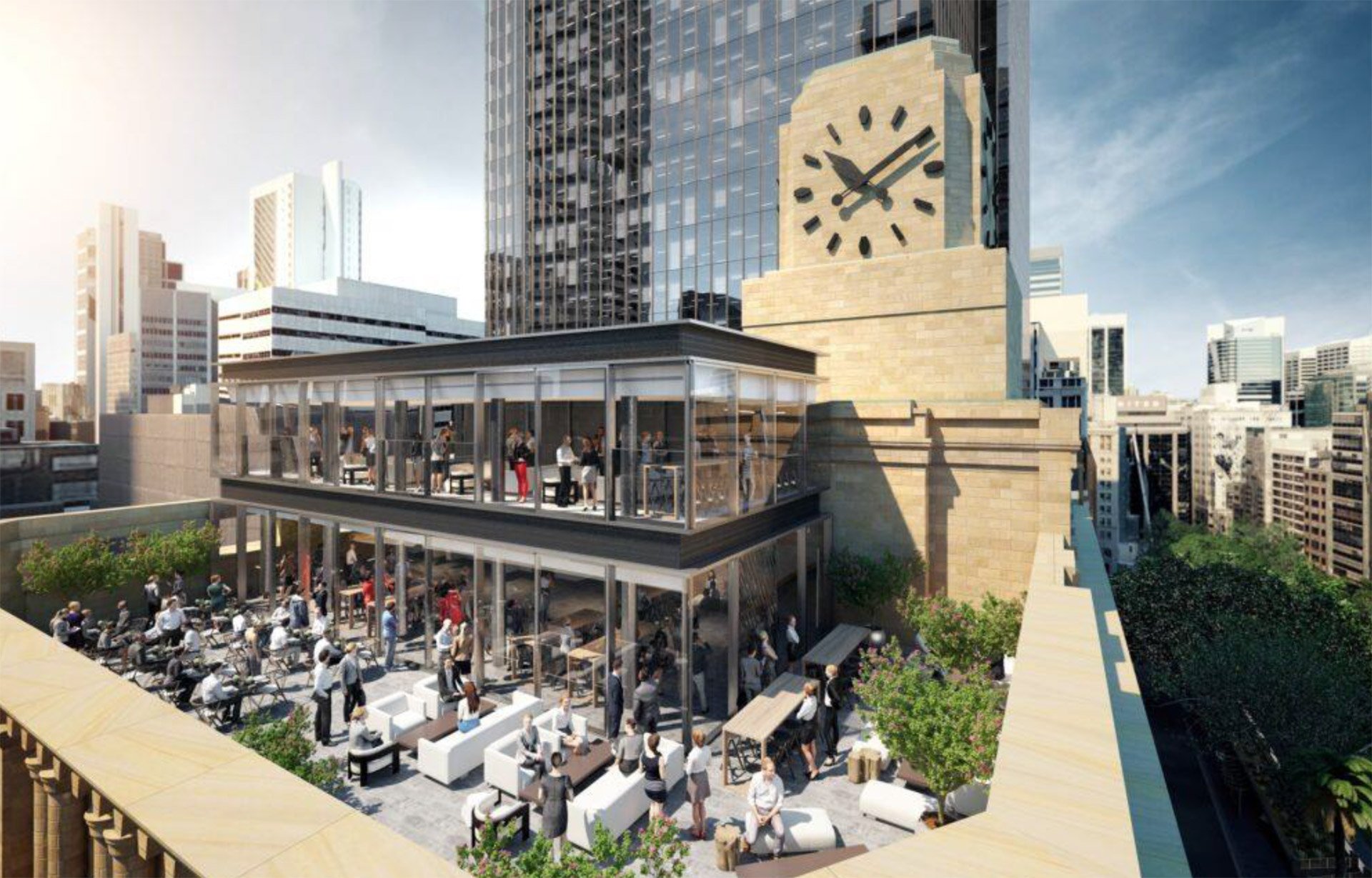 In a significant construction and engineering feat, the heritage 1930s clock tower at Shell House has been restored as part of Brookfield Properties’ landmark new $2 billion Brookfield Place Sydney development.

For two years, the building’s iconic 400-tonne clock tower was wrapped in scaffold and temporarily supported by over 1,400 tonnes of structural steel.

This enabled construction company Multiplex to demolish the existing floors and excavate the sandstone beneath to create a new basement for the Shell House building.

This occurred all while simultaneously restoring the clock tower and leaving it suspended above the live construction site.

Located on the corner of Carrington and Margaret Streets, Shell House is now fully integrated into the rising Brookfield Place Sydney project.

With basement works complete and all 10 levels of concrete flooring poured, fit-out works are now underway to accommodate NAB’s new Sydney headquarters in 2021.

Standing at 65.5 metres high, Shell House’s façade is also one of the tallest retained heritage façades in the world. Prior to redevelopment, Shell House was home to the Menzies Hotel, with its outdated 1970s interiors now being transformed into a contemporary office building designed by architects MAKE and Architectus with the new NAB fit-out by Woods Bagot.

The complex transformation will result in the complete restoration of Shell House’s heritage façade and the impressive street-level presence returned to its former elegance.

On its rooftop, Shell House will also accommodate a new premium food and beverage experience which is set to become a popular destination in the CBD.

The heritage faience clad Clock Tower is a signature feature of the building and sits prominently on the rooftop. Originally manufactured by Gillet and Johnstone, the clock was imported from England during the construction of Shell House in 1936 and quickly became a landmark in the Sydney CBD.

Carl Schibrowski, Executive Vice President and Co-Head, Brookfield Properties, said that Brookfield Place Sydney is arguably one of the most significant revitalisation projects in the Sydney CBD for some time and once complete will deliver a new activated precinct to the city core.

“We are proud to deliver this project in a sustainable way and also play a pivotal role in breathing new life into important heritage landmarks,” he said.

Patrick Murphy, Multiplex Regional Director, New South Wales, commented that the team worked with several heritage specialists to restore the Clock Tower, including repairing or replacing hundreds of faience or glazed terracotta blocks, which are exclusively manufactured in New York and shipped to Australia.

“We’ve also restored the original hands and dial markers on the clock face and replaced the copper roofing and flashing to all the tiers below,” he said.

Kevin Berry, Director, TTW, who supplied Structural, Construction Engineering and Heritage engineering services for the project, added: “We recognise the importance of preserving the past for future generations and are committed to protecting the integrity of heritage structures such as Shell House. Providing strategic advice to ensure the right balance between the conservation of its heritage materials, structure and functionality, our team employed the latest technology to address this complex engineering challenge.”

The project’s challenges encompassed design, construction and heritage concerns within an area of constant activity. Creative engineering, in conjunction with advanced analysis techniques, were employed to retain this complex heritage structure, which showcases the ingenuity of the team involved in its delivery.

As part of the restoration project, Multiplex and TTW jacked the Clock Tower and suspended it 55 metres above street level. This challenge was met by constructing a 400 tonne reinforced concrete transfer structure and torsionally stable temporary steel core.

According to Multiplex, technological advances in BIM technology underpinned the restoration process with advanced software used to create a digital model of Shell House that integrated data used across design, engineering and construction. The existing façade and clock tower were continually monitored for movement and changes in load condition throughout the demolition and construction stages.

Stay in the know